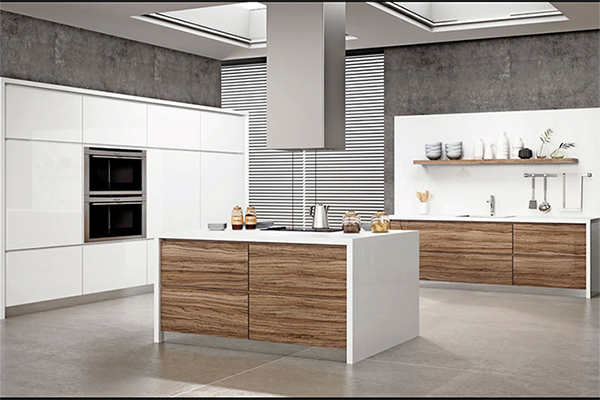 In 2017, the magical figure of 50 million euros of import was reached, and 2018 left this number far behind when it reached 65 million, a clear sign that the market is wide awake and willing to look for the product that best adapts to the needs, wherever it comes from.

More homes are built, more homes are renovated, more homes are sold and bought. And buyers are becoming more demanding and better informed than ever. Also, in many cases, they only need a few clicks to find help finding a perfect kitchen cabinet. The ball is on the roof of the Spanish kitchen furniture manufacturers, which must respond quickly and efficiently to this demand. 2018 was a good year for importers, but we cannot forget that the country's companies also followed the accelerated pace of sales.

In the good way

Thus, the production of this product grew by 8.3%, to 688 million euros. Fortunately, the sector has accustomed us in recent years to these good figures; remember that in 2014 kitchen furniture was produced for a value of 529 million euros, and since then there has been no year in which the figure has not increased.

For all these reasons, 2018 cannot be called a bad year; although perhaps it left a certain bitter aftertaste for not having taken 100% of the opportunities that the market offered.

And it is that this market so appealing that it attracted importers grew by practically 11%, from 561 million euros billed in 2017 to 622 million. A key moment, without a doubt. The manufacturers, however, wanted to consolidate their achievements and were not dazzled by the optimism of the market. The shadow of previous crises is long, and the lesson is very well learned: betting everything on a single winning horse is not profitable in the long term. That is why exports increased again in 2018, 5.6% in particular, which tasted a great victory after the setback that resulted in the result of 2017, the year in which Spanish furniture worth 124 million was exported. euros - 8 million less than in 2016.

It is true that the export figure for this sector has fluctuated in recent years, especially since manufacturers are still exploring new markets, which is always costly and risky, but it is undoubtedly great health insurance of the entire sector in the long term. This does not detract from the importance or value of the figure of 131 million euros reached by our companies abroad throughout 2018, the result of a global effort by the sector and by each of the companies.

And it is that the Spanish kitchen furniture manufacturers had in 2018 an intense agenda of promotional actions at the international level, with the aim of creating and reinforcing bridges with markets as varied as the French, Italian, Mexican or others such as Dubai. 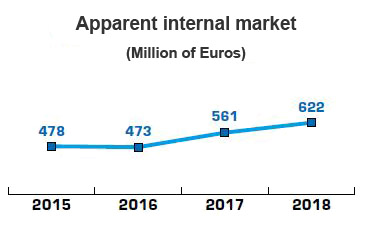 Mediterranean style that makes you fall in love

But what can our companies offer abroad? What are your weapons to continue growing in countries around the world? What can a buyer opt for? European, American, Asian for a kitchen made in Spain? The answer is a natural, fresh, Mediterranean style that evokes smells like rosemary or thyme, flavours like olives and colours like those of the sea and the countryside. A style that, of course, combines aesthetics with the quality of materials and functionality of the latest advances in technology. In this way, we could say that made in Spain is summarized in its furniture in soft, neutral colours, inspired by nature; in some also natural materials, like wood, stone, slate, porcelain; in pure and simple lines but very well thought out; in some open elements in which to show the important, the singular and the beautiful, and hide in an orderly way the rest of the elements. In short, a kitchen that tastes of the sea, tranquillity, placidity and well-being.